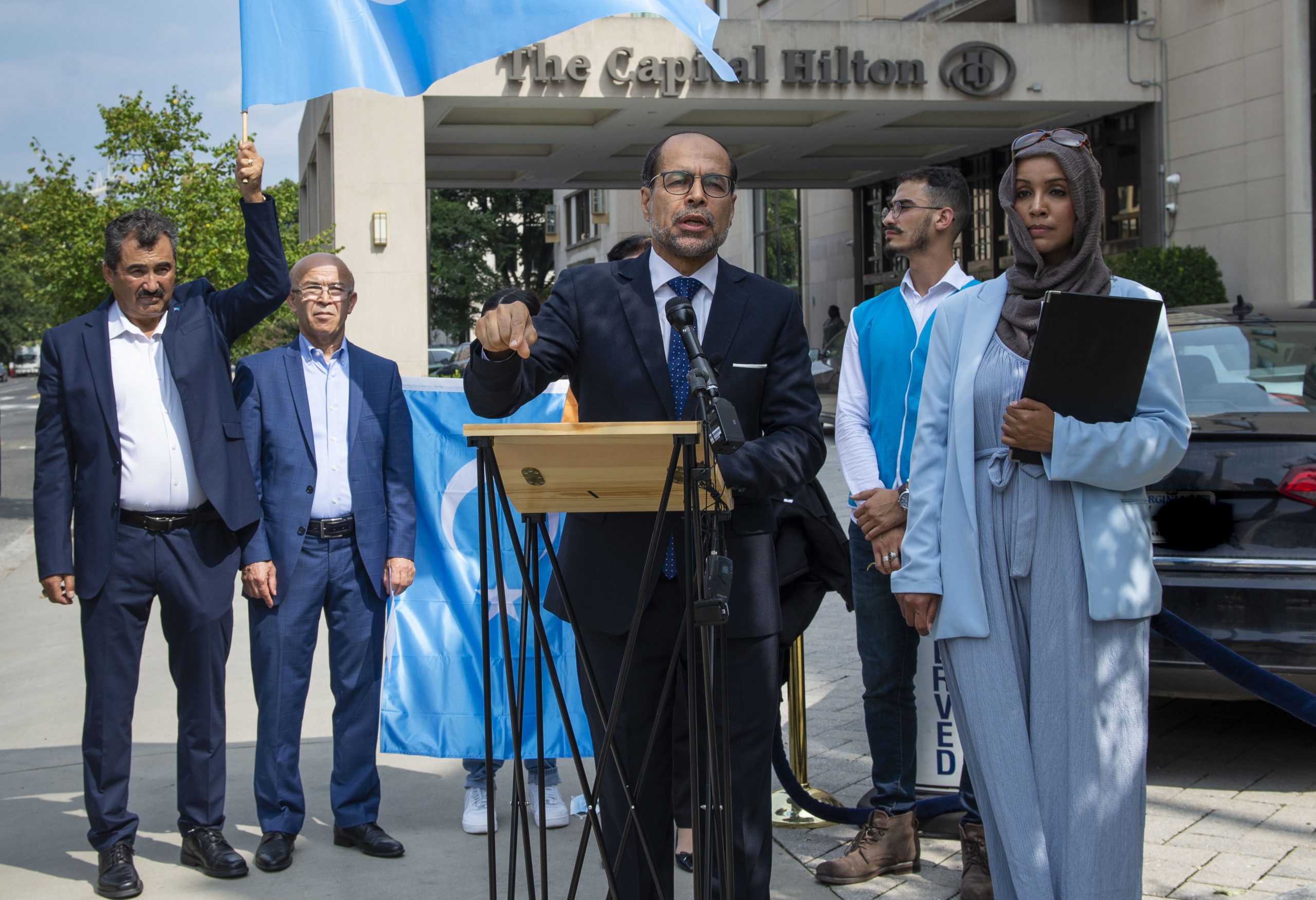 Coalition Change.org petition drive asks signatories to ‘join the global boycott of ALL Hilton-owned hotels until the company cancels its plan’

(WASHINGTON, D.C., 9/16/21) – The Council on American-Islamic Relations (CAIR) — the nation’s largest Muslim civil rights and advocacy organization – in partnership with more than 40 U.S. and international groups, today held a news conference outside The Capital Hilton in Washington, D.C., to announce a worldwide boycott of Hilton Worldwide (NYSE: HLT) over that corporation’s refusal to end an agreement to license the construction of a Hampton Hotel on the site of a bulldozed mosque in the Uyghur region of China.

Those speaking at the news conference included: (in order of appearance)

Rushan Abbas – Founder and Executive Director of Campaign for Uyghurs

Organizations partnering with CAIR in announcing the boycott include: