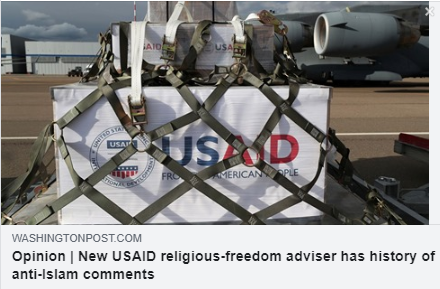 In 2016, while working as the Virginia Field Director for then-candidate Trump, Lloyd came under fire for sharing several bigoted posts, including one that referred to Islam as “a barbaric cult” and another characterizing Islam as inherently violent. Following the Orlando nightclub shooting in June 2016, Lloyd also shared a Facebook meme suggesting potential gun buyers eat bacon before being allowed to purchase a firearm.

McCaw added that Lloyd’s presence in USAID is a “blatant attempt to politicize the agency’s efforts that raises concerns about its management.”