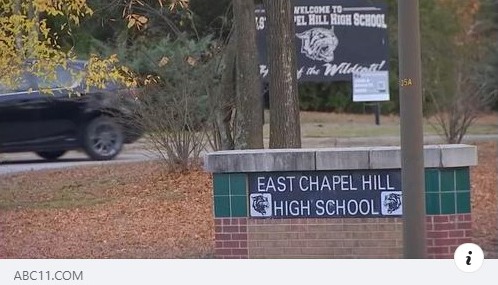 (WASHINGTON D.C., 12/3/2021) – The Council on American-Islamic Relations (CAIR), the nation’s largest Muslim civil rights and advocacy organization, today called for an independent investigation into reports of racism at a high school in Chapel Hill, N.C.

In North Carolina, a news radio station report revealed that two Black teaching assistants at East Chapel Hill High School’s special education department were reportedly asked to leave their regular classroom due to a request by a student’s parents that Black male staff not work with their child. The report led to a backlash from parents and student protests. Many community members said that racism has been a consistent problem at Chapel Hill-Carrboro City Schools. The school district said they didn’t have the full story behind the news report and insisted that no teaching assistants were reassigned.

In Utah, an assembly at Cache County’s Sky View High School addressing recent racist actions by students led to backlash from some parents and community members, with one parent group saying the assembly was “steeped in critical race theory rhetoric and ideology.” Some even said it was “indoctrination.” The assembly featured a video depicting the mistreatment of people of color in America. The school’s principal apologized for the “division” caused by the video but said it was “great for our kids and good discussions.”

“Racism must be challenged in all our nation’s institutions, especially in schools. It is America’s youth who have the potential to end the legacy of racism and white supremacy, but if they are educated in racist environments or if they are not taught the history of systemic anti-Black racism white supremacy in America, they will not be able to do so.”