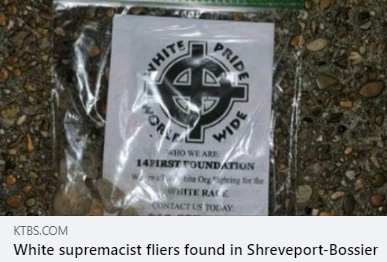 Officials said the hate pamphlets were like those recently found in Kentucky.

“White supremacist and racist propaganda has no place in our neighborhoods and communities. Unfortunately, we are witnessing a rise in the promotion and mainstreaming of hate rhetoric. CAIR stands firmly in solidarity with all those challenging anti-Black racism, xenophobia, Islamophobia, anti-Semitism, and white supremacy.”

He noted that CAIR recently condemned similar flyers found in Kentucky and other racist incidents in Louisiana.