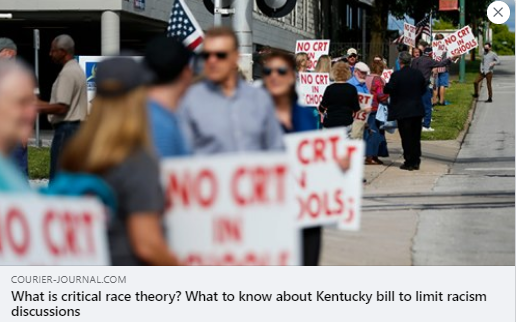 A bill, filed for the 2022 legislative session, would bar teachers from talking about a list of concepts relating to discrimination, privilege or anything seen as “promoting division” between groups of people. The bill is similar to legislation introduced and passed in Republican-dominated statehouses across the country as pushback against discussions about systemic racism, white privilege and critical race theory (CRT) in classrooms. Under the proposed legislation, schools would be subject to fines and teachers subject to discipline if they talk about systemic anti-Black racism.

What is critical race theory? What to know about Kentucky bill to limit racism discussions

“It is vital that our nation’s young people learn about systemic anti-Black racism and the negative impact it has on our entire society,” said CAIR National Communications Director Ibrahim Hooper. “Important discussions about racism, white privilege and white supremacy have been avoided for too long, to the detriment of minority communities and our nation’s stated values.”