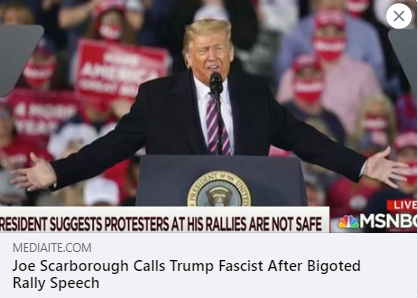 (WASHINGTON, D.C., 9/23/20) — The Council on American-Islamic Relations (CAIR), the nation’s largest Muslim civil rights and advocacy organization, today condemned President Trump’s “racist and xenophobic” national origin-based attack targeting Muslim Congresswoman Ilhan Omar (D-MN) in which he claimed that one of the first Muslim women elected to Congress is not part of “our country.”

During a rally yesterday in Pennsylvania, Trump claimed, “How did you do where you came from? How is your country doing? She is telling us how to run our country.” Omar, who emigrated to the U.S. from Somalia as a child, is an American citizen and an elected member of Congress.

“No one should be surprised that President Trump has once again engaged in a racist and xenophobic attack on Representative Ilhan Omar, but everyone should continue to feel outraged by these disgusting remarks.

“Donald Trump’s attacks on Representative Omar are particularly reprehensible given that she has shown far more respect for American ideals of justice and equality than the man who has spent four years trampling on the Constitution.

“All members of Congress must repudiate President Trump’s latest hateful remarks, and the U.S. Capitol Police should take steps to protect Rep. Omar from people who may be radicalized by the President’s persistent attacks on her.”

He noted that earlier this year, Trump launched a similar racist attack on Rep. Omar by falsely claiming she would want “to make the government of our country just like the country from where she came, Somalia: no government, no safety, no police, no nothing — just anarchy” adding “and now she’s telling us how to run our country.” Trump concluded the racist diatribe with, “No, thank you.”

In September of last year, CAIR strongly condemned President Trump for sharing a false, Islamophobic smear targeting Rep. Omar on Twitter and called on that social media company to suspend the president’s account for violating its terms of service.