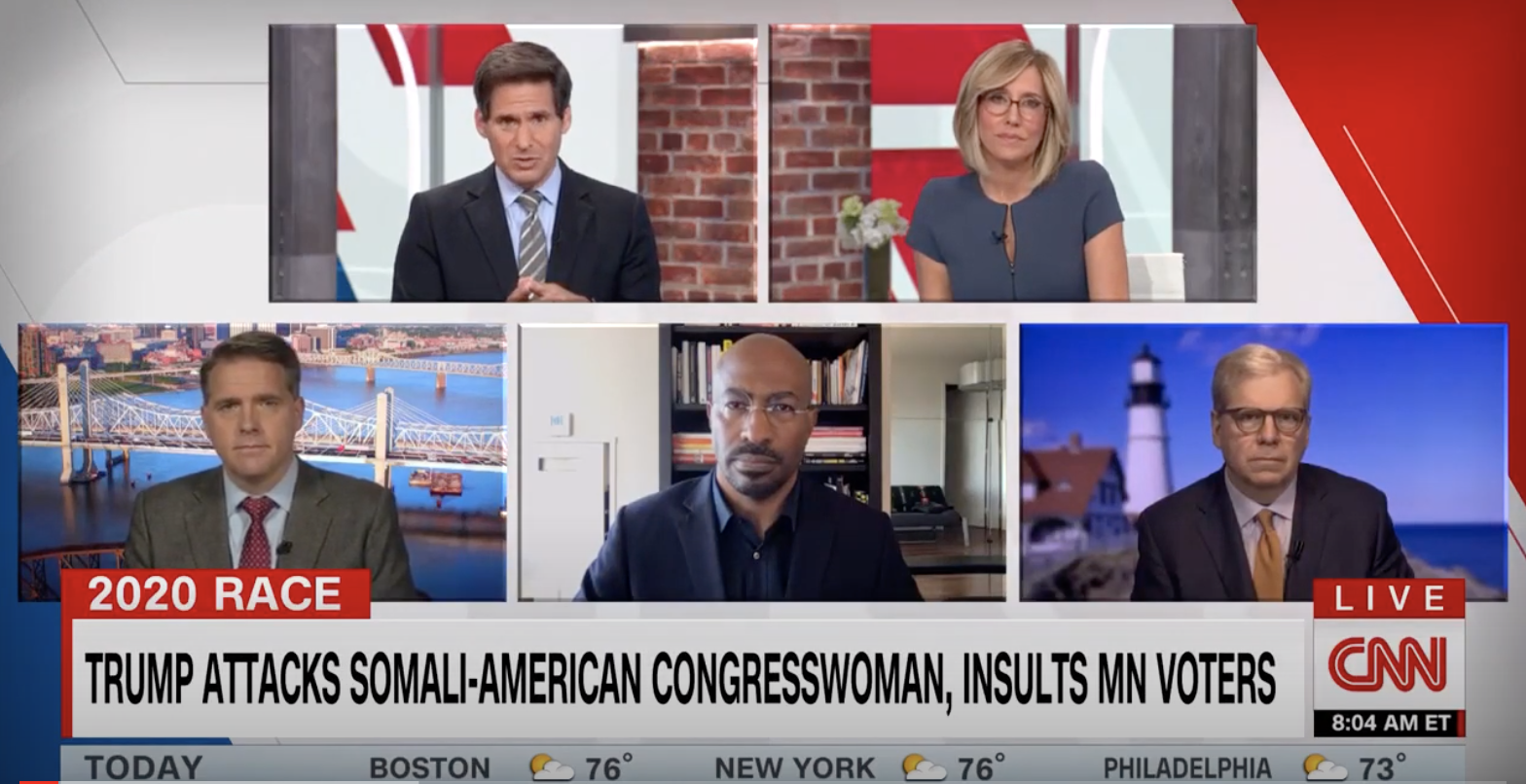 At a rally last night in Duluth, Minn., Trump claimed, “Biden will turn Minnesota into a refugee camp. . .overwhelming public resources, overcrowding schools, and inundating your hospitals, you know that. It’s already there. It’s a disgrace what they’ve done to your state. It’s a disgrace.”

Trump repeated his racist attacks on Rep. Ilhan Omar (D-MN), claiming “she tells us how to run our country. Can you believe it? How the hell did Minnesota elect her? What the hell is wrong with you people, right?”

In a statement issued last night, the State Department said the United States will accept only 15,000 refugees into the county this fiscal year, a record low. That new refugee ceiling is 3,000 lower than the 2020 cap. Trump has slashed the annual refugee cap since taking office.

“The Trump administration’s clear white supremacist, Islamophobic and anti-immigrant agenda has been translated into a myriad of racist and xenophobic policies like the Muslim ban and the unending effort to bar entry to people of color. This latest effort to target those seeking refuge in our nation is just part of the ongoing Trump administration effort to maintain systemic anti-Black racism and white supremacy.”

He noted that Trump’s racist rhetoric comes as reports indicate that an Illinois-based white supremacist group linked to a mosque bombing in Minnesota had stockpiled guns and explosives to wage a revolution against the federal government.

Michael Hari is due to go on trial in connection to the bombing of the Dar Al-Farooq Islamic Center in Bloomington, Minn., in 2017.

Earlier this week, CAIR condemned Trump’s call for a notorious white supremacist and anti-Muslim group to “stand by” for the upcoming elections.

Last week, CAIR condemned a “racist and xenophobic” national origin-based attack targeting Omar in which he claimed that one of the first Muslim women elected to Congress is not part of “our country.”

Earlier this year, Trump launched a similar racist attack on Rep. Omar by falsely claiming she would want “to make the government of our country just like the country from where she came, Somalia: no government, no safety, no police, no nothing — just anarchy” adding “and now she’s telling us how to run our country.” Trump concluded the racist diatribe with, “No, thank you.”

In September of last year, CAIR strongly condemned President Trump for sharing a false, Islamophobic smear targeting Rep. Omar on Twitter and called on that social media company to suspend the president’s account for violating its terms of service.