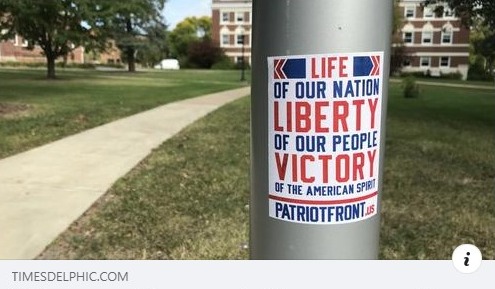 On Oct. 5, Drake University President Marty Martin sent out a campus-wide email addressing white supremacist stickers that had posted around the campus days prior. The stickers advertised a white supremacist and neo-Nazi organization called “Patriot Front.” In his email, Martin said he had “every reason to believe an outside group was responsible for this vandalism.”

“This hateful incident is part of a disturbing upward trend in white supremacist activity in our nation,” said CAIR National Communications Coordinator Ismail Allison. “We condemn all acts of bigotry and racist hate and call on educational institutions nationwide to combat racism and white supremacy.”

Allison noted that CAIR has previously condemned Patriot Front and its activities.