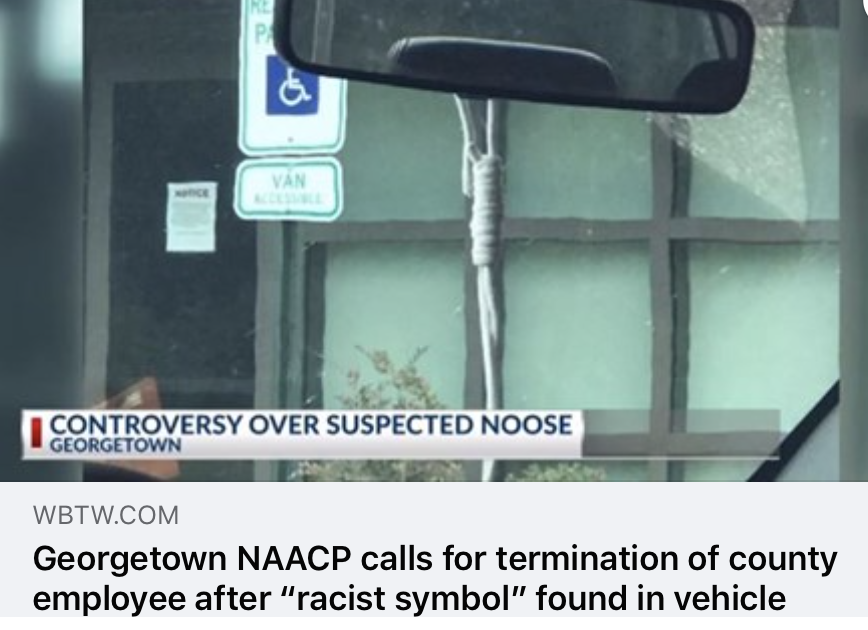 (WASHINGTON, D.C., 8/10/2020) –The Council on American-Islamic Relations (CAIR), the nation’s largest Muslim civil rights and advocacy organization, today joined the NAACP in calling for the firing of an employee after a noose was found in a county vehicle in Georgetown County, S.C., and condemned the vandalism of a Black Lives Matter mural in Indianapolis.

A noose was found hanging in a county-owned vehicle at the Choppee Recreation Center in Georgetown County, S.C. After several people saw the symbol, they contacted the Georgetown branch of the NAACP, which is now calling on Georgetown County Council to terminate the accused employee. The employee had been temporarily suspended without pay.

“These types of incidents indicate the urgent need for all Americans to speak out against anti-Black racism and white supremacy. Bigots will always falsely view silence as consent to their actions.”