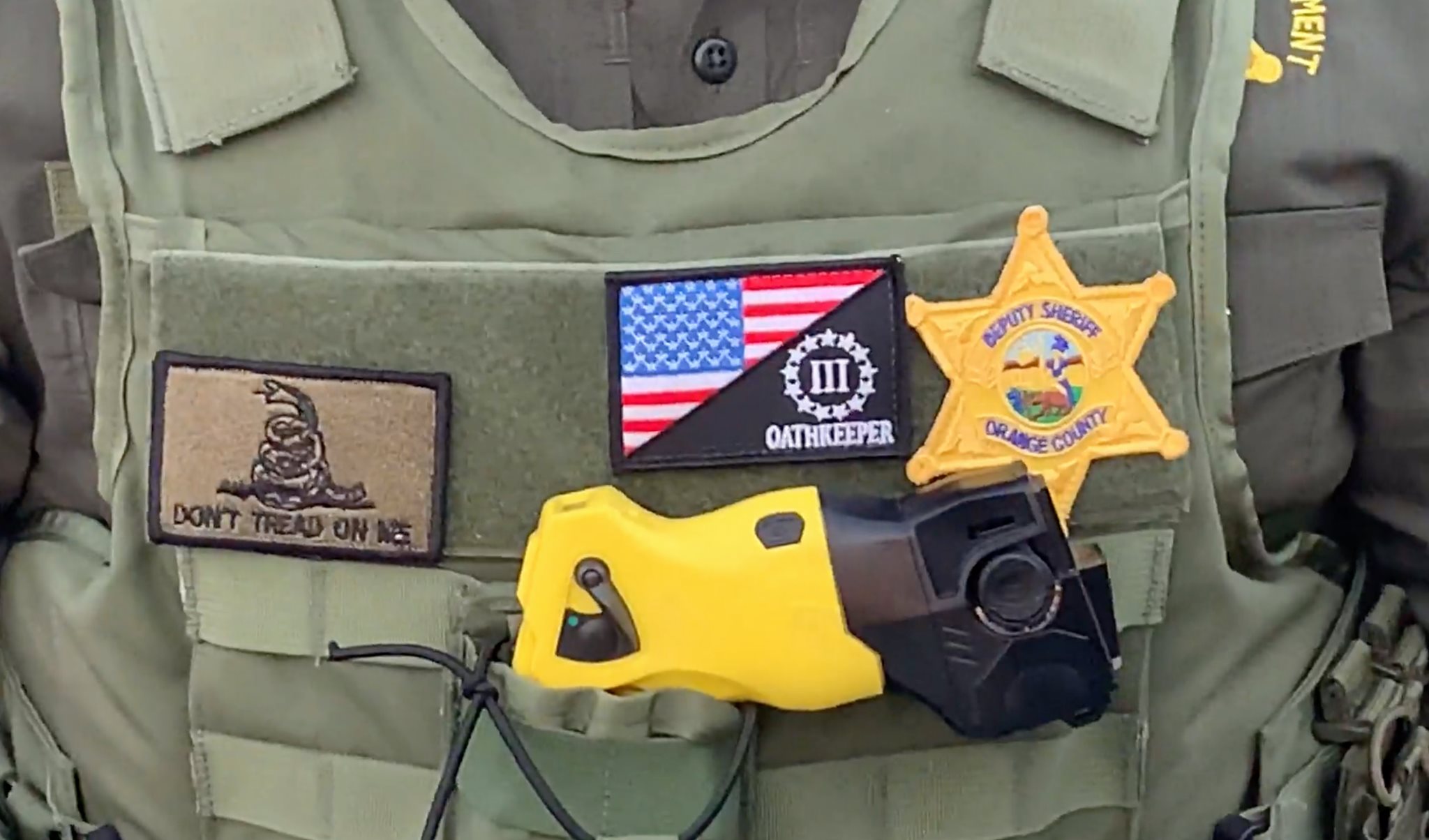 The unidentified deputy was part of a group of deputies in Costa Mesa on Tuesday night in response to a protest of the murder of George Floyd. A publicly shared video shows the deputy wearing on his uniform what appears to be a patch of the United States flag partially covered by the logo of the Three Percenters above the word “Oathkeeper,” located in the middle of his tactical vest.

The Three Percenters is a patriot movement that pledges armed resistance against attempts to restrict private gun ownership. The group was co-founded in 2008 by Mike Vanderboegh, who is well known for his violent rhetoric. He published an online novel describing a future confrontation where activists with patriot movement views engage in shootout with law enforcement and plan to murder government officials.

“It is outrageous that a member of a law enforcement organization would be so brazen as to apparently wear a symbol of violence, discord and bigotry on his uniform, especially in the wake of the murder of George Floyd.

“We demand that the Orange County Sheriff’s Department (OCSD) investigate this incident, identify the officer and take appropriate action. We also call for the OCSD to formulate a clear policy against the display of such offensive material and to apologize for this lack of oversight.”