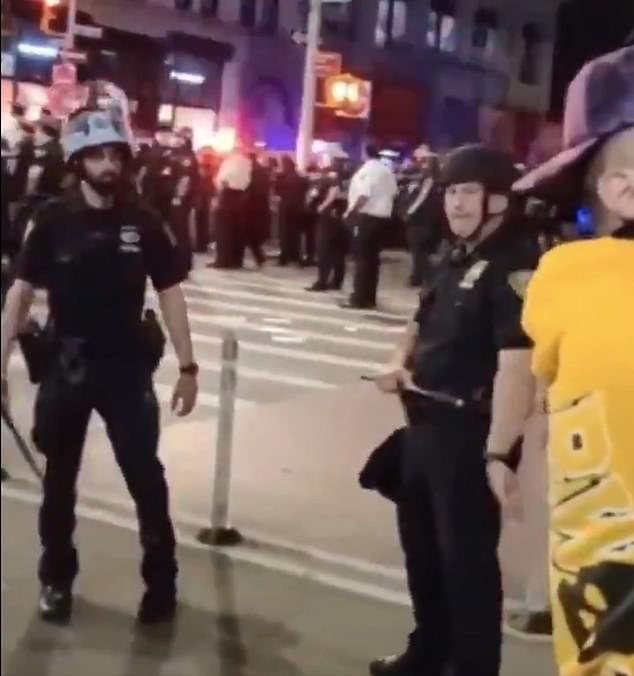 (NEW YORK, N.Y. 6/1/2020) – The New York chapter of the Council on American-Islamic Relations (CAIR-NY), a chapter of the nation’s largest Muslim civil rights and advocacy organization, today applauded the New York attorney general’s decision to investigate an NYPD officer who was filmed using a hand gesture associated with white supremacy.

The unnamed officer flashed the hand gesture while on active duty on Saturday in Manhattan’s Union Square as demonstrators protested the murder of George Floyd.

The helmeted officer was captured in an amateur video deliberately deploying a suspicious symbol that has been adopted by racist online figures and groups. The historic hand sign for “ok” (touching the forefinger to thumb with other three fingers raised), has been co-opted by far-right extremists on the internet, notably on the notorious and incendiary website 4chan. The sign is strongly associated with those who express support for far-right ideology. In response to this now viral video, NY Attorney General Letitia James will consider this internet evidence as part of an investigation into NYPD interactions with those protesting the death of George Floyd.

“The officer’s apparent support of ‘white power’ further evinces the public outrage, anger and sadness that are simmering in cities across the nation. Solidarity with bigoted, discriminatory movements among law enforcement agencies, and institutions of criminal justice, must be rooted out. We at CAIR-NY are pleased that an independent review by the New York attorney general has been launched, which hopefully will confront and condemn abusive, racist attitudes that ultimately instigate further harm.”

She noted the need for a similar probe of an incident in which an officer allegedly pulled out a weapon and pointed it at protesters.