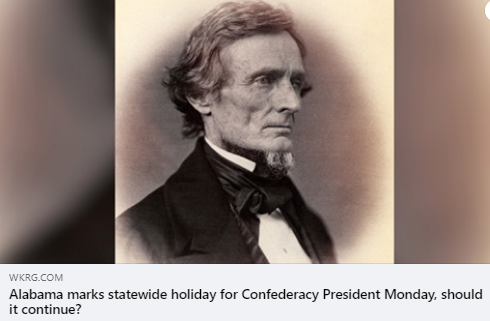 Davis, who was president of the Confederacy, was born on June 3 and his birthday is commemorated in Alabama on the first Monday in June.

“It is appalling that any state would continue to honor the man who sought to destroy our nation in support of slavery, systemic anti-Black racism and white supremacy,” said CAIR National Communications Director Ibrahim Hooper. “Every citizen should contact their elected representatives to demand that Alabama cease honoring a traitor and racist.”

He noted that Alabama also celebrates Robert E. Lee’s birthday on the third Monday in January and Confederate Memorial Day on the fourth Monday in April.