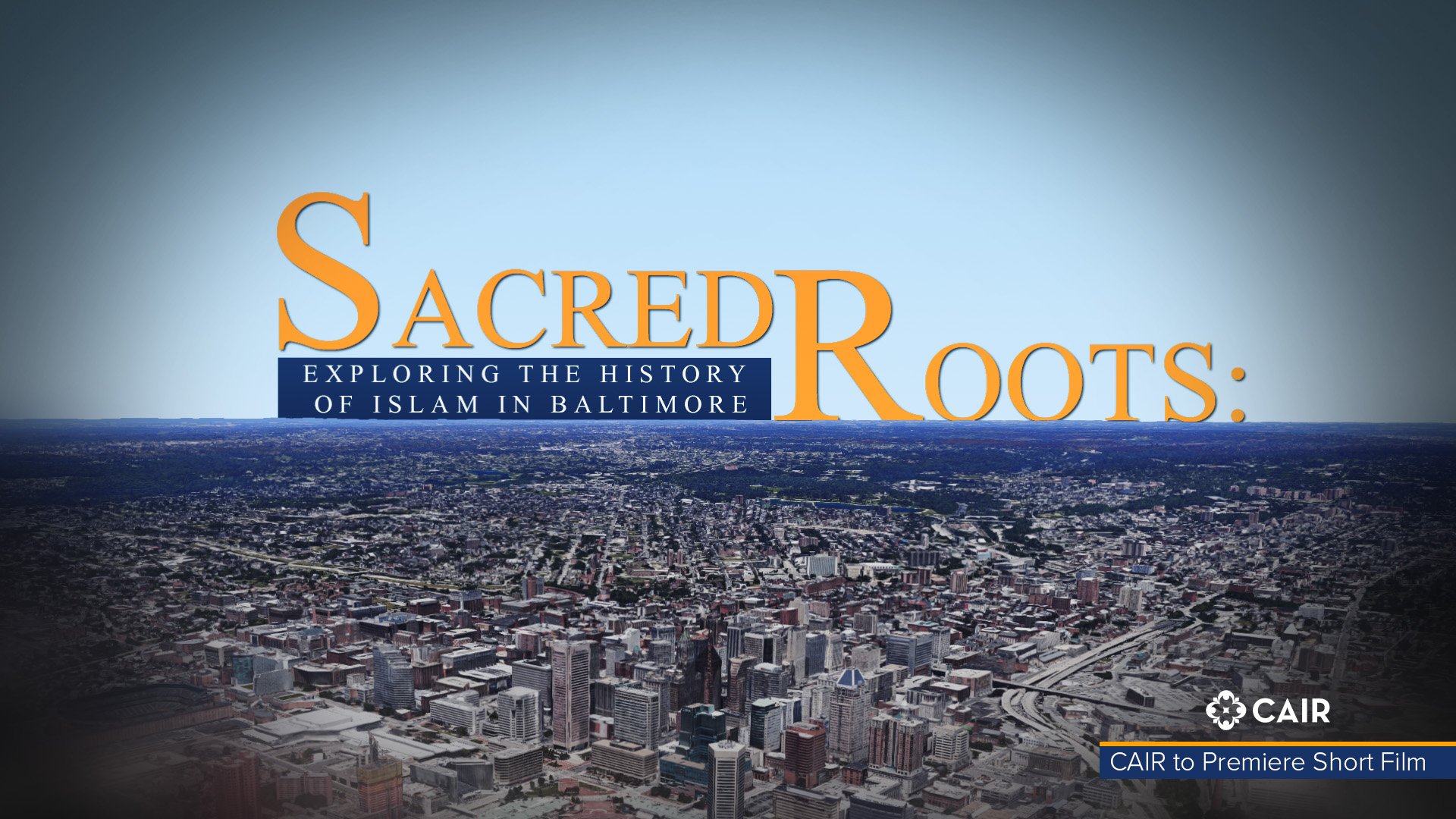 (BALTIMORE, MD, 8/26/20) – On Thursday, August 27, the Maryland office of the Council on American-Islamic Relations (CAIR), the nation’s largest Muslim civil rights and advocacy organization, will livestream a premiere of a short documentary titled, “Sacred Roots: Exploring the History of Islam in Baltimore.”

The CAIR short film features accounts from some of the early pioneers of Baltimore-area Muslim communities who were instrumental in establishing the first mosques and centers in the city. It also includes perspectives from a group of CAIR interns who participated in a brief tour of the Muslim Community Cultural Center of Baltimore in July 2020, orchestrated to help document some of the early history.

In a statement about the film, CAIR Director of Maryland Outreach Zainab Chaudry said:

“In the weeks since George Floyd’s murder in Minnesota on May 25, America has been in the midst of a long overdue racial reckoning. American Muslim communities are holding important conversations about not only eradicating racism and bigotry, but also embracing and celebrating the rich cultural legacy and contributions of African-American Muslims within our society.

“Maryland is home to more than 100,000 American Muslims. Islam has been part of her story since before America’s founding. Critical narratives representing Black Muslim communities have often been silenced or discounted in the conversation about the history of Islam in our state.

“Appropriately preserving and documenting history is essential to educating ourselves and one another. By illuminating relevant context and nuance, this documentary short film aims to revive the discussion about the sacred roots of Islam in Maryland’s most populous city with the goal of showcasing invaluable contributions and enriching, strengthening and healing our communities.”