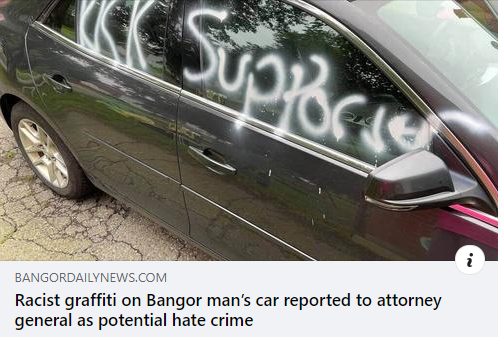 On Friday night, racist slurs and messages including reference to the KKK and the N-word were reportedly spray-painted on the man’s car. A neighbor reportedly saw the two vandals after stepping outside to pick up a delivery. The neighbor informed the man about the vandalism, and police were called. Police have since reported that two juveniles have been arrested in connection with the vandalism.

He noted that in July, CAIR released a mid-year report highlighting anti-Muslim incidents that occurred during the first seven months of 2021.