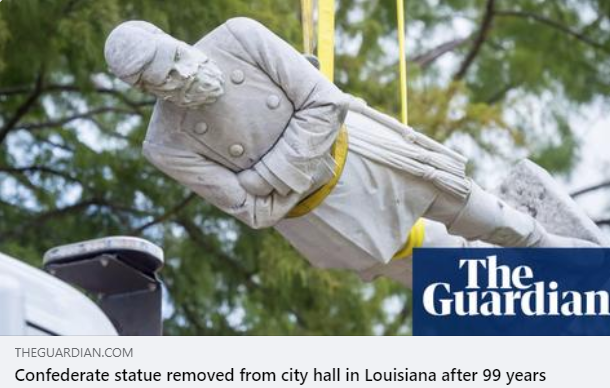 (WASHINGTON D.C., 7/19/2021) – The Council on American-Islamic Relations (CAIR), the nation’s largest Muslim civil rights and advocacy organization, today welcomed the removal of a statue of Confederate general Alfred Mouton from the front of city hall in Lafayette, La.

The statue, which stood outside of Lafayette’s city hall for 99 years, was removed Saturday following a statement signed by the United Daughters of the Confederacy (UDC) agreeing to allow the city to move it. Move the Mindset, a group founded in 2016 to push for the removal of the statue, was threatened with a lawsuit by the UDC. This prompted Move the Mindset to launch a campaign raising awareness about the statue’s Jim-Crow era history and the racist implications of keeping the statue at city hall.

“We welcome the removal of this memorial to a defender of slavery and white supremacy, and we thank all those who worked to remove this symbol of the dark legacy of the Confederacy from a place of honor,” said CAIR National Communications Director Ibrahim Hooper.

He noted that CAIR has repeatedly urged and supported the removal of Confederate symbols.