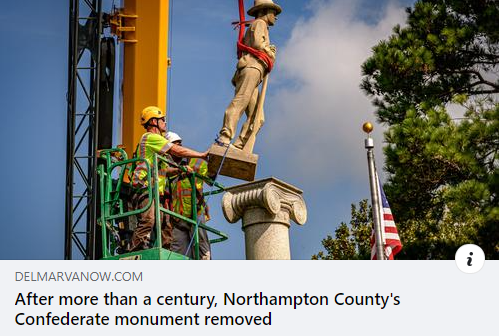 In January, county supervisors voted 3-1 to remove the statue in the wake of the January 6th insurrection. On Wednesday, crews began working to dismantle the statue and by Thursday morning, it was loaded onto a truck and sent to a storage facility. It was one of two Confederate statues on Virginia’s eastern shore. The other Confederate statue is located in Parsley and is still standing.

“We welcome the removal of this monument to white supremacy, slavery and systemic anti-Black racism, and urge the removal of all such monuments in Virginia and nationwide,” said CAIR National Communications Director Ibrahim Hooper. “These monuments to traitors were put up as a way to maintain systemic racism, and their removal is a necessary step toward a more just and equitable society for all Americans.”