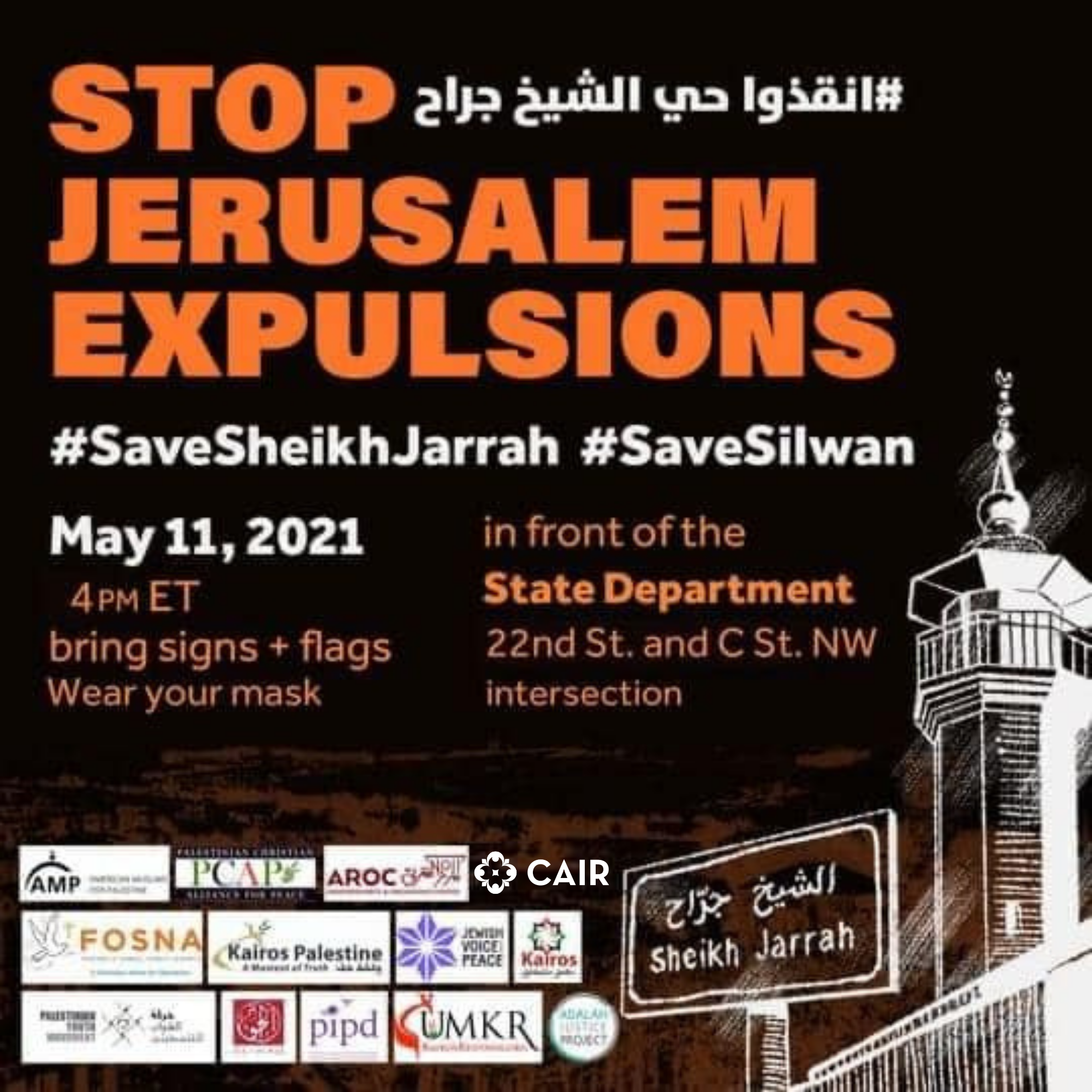 (WASHINGTON, D.C., 5/11/21) – LATER TODAY, The Council on American-Islamic Relations (CAIR), the nation’s largest Muslim civil rights and advocacy organization, will join partner civil rights organizations at a protest led by American Muslims for Palestine (AMP) in front of the State Department in Washington, D.C., to call on the Biden administration to condemn and oppose the Israeli government’s campaign to expel Palestinian families from Jerusalem’s Sheikh Jarrah neighborhood.

Protest participants will also demand an end to violent attacks on Palestinian worshippers and protesters at, and even in, the Al-Aqsa mosque.

Yesterday, CAIR called on all Americans to contact their U.S. Senators and the Biden Administration to push those demands.

ACTION ALERT: Urge Your Senators to Condemn Both Israel’s Attacks on Masjid Al-Aqsa and Effort to Expel Palestinian Families from Sheikh Jarrah