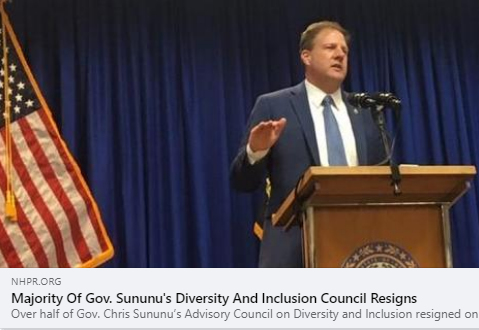 (WASHINGTON D.C., 7/1/2021) – The Council on American-Islamic Relations (CAIR), the nation’s largest Muslim civil rights and advocacy organization, today applauded the resignations of a majority of New Hampshire Governor Sununu’s Advisory Council on Diversity and Inclusion in response to his decision to enact restrictions on the teaching on racism in schools.

The restrictions were part of the state budget, which Gov. Sununu signed last week. Mirroring a Trump executive order banning the teaching of “divisive concepts,” they prohibit schools and public entities from teaching that any group is inherently racist, sexist, or oppressive, and include vague language that opens schools up to lawsuits for any discussion on race and racism.

In a letter addressed to Sununu, 10 members of the council wrote that “contrary to your recent public statements – systemic racism does in fact exist here in New Hampshire.” “We collectively see no path forward with this legislation in place.”

“We applaud the courageous action by members of the Advisory Council on Diversity and Inclusion in defense of education about systemic anti-Black racism and of academic freedom,” CAIR National Communications Director Ibrahim Hooper said. “Government officials must reject attempts to silence discussion on the systemic racism faced by minority communities now and throughout history.”

He noted that CAIR has condemned the banning of anti-racism teaching across the country.