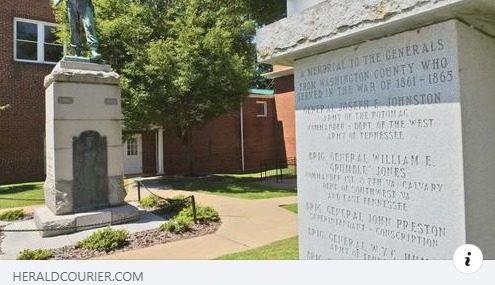 SEE: Washington County Board of Supervisors votes to relocate monuments to green space

“By moving these monuments to treason from outside a courthouse to outside another government building, the Board of Supervisors is allowing for the continued reverence of white supremacy and systemic anti-Black racism. We urge board members to remove the monuments from public view entirely and rid their community of all symbols of racism and hate.”

Allison said the American Muslim community and CAIR stand in solidarity with all those challenging anti-Black racism, xenophobia, Islamophobia, anti-Semitism, white supremacy and all other forms of bigotry. He noted that CAIR has repeatedly called for the removal of Confederate flags, statues and symbols from public spaces nationwide.