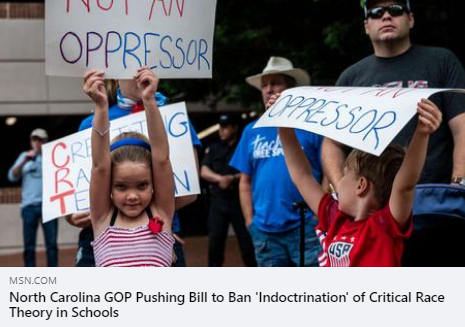 (WASHINGTON D.C., 7/14/2021) – The Council on American-Islamic Relations (CAIR), the nation’s largest Muslim civil rights and advocacy organization, today condemned a proposed bill in North Carolina that would ban teachers from covering certain topics related to race and racism in classrooms.

The bill would ban teachers from ‘promoting’ ideas North Carolina Republican lawmakers say are central to critical race theory. Supporters of the bill, like North Carolina GOP state Senate Leader Phil Berger, have said the bill aims to prevent the indoctrination of children with the theory, which Republicans have repeatedly claimed represents an anti-American and dangerous ideology.

Berger made some modifications to the bill when it passed through the North Carolina House along party lines in May, allowing teachers to discuss ideas Republicans claim constitute critical race theory as long as they do not “promote” them by compelling students or staff to accept them. Berger and other proponents of the ban have been unable to find any instances of critical race theory being taught in K-12 classrooms. Democrats, education groups, and racial justice advocates say the bill would prevent teachers from properly educating their students about racism and its effects on society.

Twenty-six states have considered legislation or other measures to limit teaching about racism.

“Racism remains a reality in American society and presents a grave threat to people of color and members of other minority communities. Educating our youth about this reality is crucial if we wish to build a more just and equitable society. We condemn attempts by Republican lawmakers to ban anti-racism teaching and call on state leaders to reject misinformation and fear-mongering about critical race theory, a concept that is being used as a bogeyman by the right.”