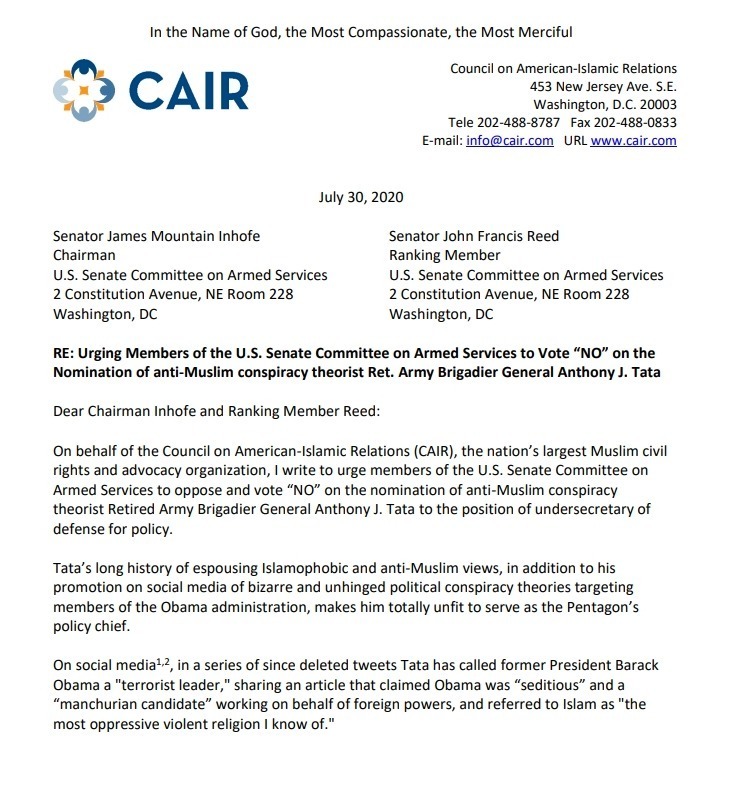 (WASHINGTON, DC, 7/29/20) – The Council on American-Islamic Relations (CAIR), the nation’s largest Muslim civil liberties and advocacy organization, today sent a letter to the leadership of the U.S. Senate Armed Services Committee urging that they vote “NO” during tomorrow’s 9:30 A.M. nomination hearing for anti-Muslim conspiracy theorist Retired Army Brigadier General Anthony J. Tata to the position of undersecretary of defense for policy.

The statement has been submitted for the nomination hearing’s committee record.