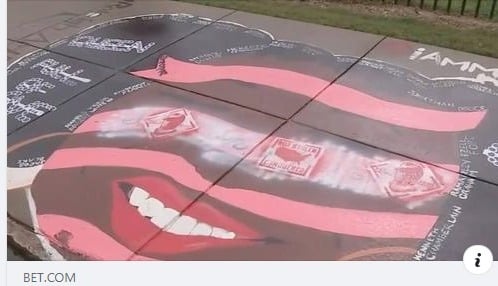 The mural, which includes images of several Black women and the names of several Black men who were killed in police shootings, was vandalized with images of a map of the United States with the words “Not Stolen. Conquered.” Another image spray painted over the mural featured a man in hat labeled “Patriot Front,” the name of a white supremacist organization.

“This hateful incident is a reminder of the continued existence of white supremacy in our society,” said CAIR National Communication Coordinator Ismail Allison. “We condemn all such racist acts and urge communities nationwide to come together to oppose white supremacy and anti-Black racism.”

He noted that CAIR has previously condemned actions by Patriot Front.