CAIR Supports Lawmakers’ Call for U.N. to Release Report on Xinjiang Ahead of Beijing Olympics 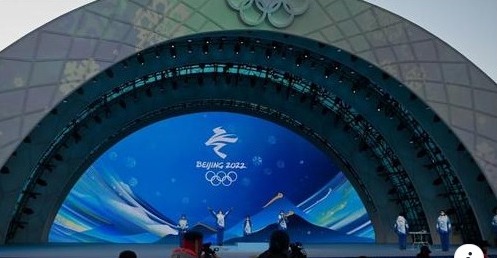 (WASHINGTON D.C., 1/19/2022) – The Council on American-Islamic Relations (CAIR), the nation’s largest Muslim civil rights and advocacy organization, today supported a call by U.S. lawmakers for the U.N. to release a report on Xinjiang Province, where the Chinese government is conducting a genocide against Uyghur Muslims and other Turkic minorities.

Senator Jeff Merkley (D-O) and Representative James McGovern (D-MA) on Tuesday called on U.N. High Commissioner for Human Rights Michelle Bachelet to release the report, saying doing so would “reaffirm the fact that no country is beyond scrutiny or above international law.”

“History is repeating itself. The Chinese Communist Party has imprisoned millions of Uyghur Muslims in concentration camps, where they are subjected to forced labor, rape, sterilization, and other human rights violations. China must be held accountable for these crimes against humanity. The United Nations should release its report detailing the Chinese government’s abuses as soon as possible and before the Beijing Olympics.”

Mitchell noted that last month, CAIR welcomed the Biden administration’s announcement of a diplomatic boycott of the 2022 Winter Olympics in Beijing.

He also noted that this week, CAIR condemned remarks by Chamath Palihapitiya, a minority owner of the NBA’s Golden State Warriors, saying “nobody cares what’s happening to the Uyghurs.”

Last week, CAIR, Free Uyghur Now, and over 70 other organizations petitioned the Saudi and Moroccan governments not to deport three Uyghurs to China. CAIR and partners also requested Secretary of State Antony Blinken to grant asylum to them.