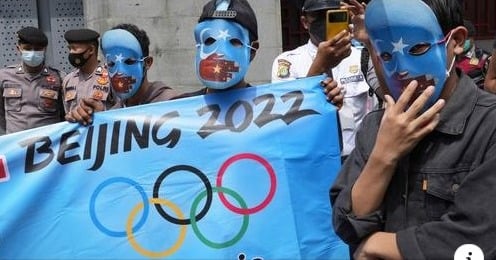 [NOTE: The Olympics are set to begin on Feb. 4. CAIR welcomed a U.S. diplomatic boycott of the games over human rights concerns.]

Yang Shu, deputy director general of international relations for the Beijing Organizing Committee, said: “Any behavior or speech that is against the Olympic spirit, especially against the Chinese laws and regulations, are also subject to certain punishment.” A recent congressional report shows that there is no freedom of political expression for ordinary Chinese citizens.

SEE: Athletes warned against speaking up on human rights at Beijing Games

“We urge Olympic athletes to take every opportunity to exercise their internationally-recognized right to free speech and speak out against the ongoing genocide of Uyghur Muslims by the Chinese Communist Party,” said CAIR National Communications Director Ibrahim Hooper. “The world community must prevent a repetition of the 1936 Olympics, which was similarly used by a brutal dictatorship to whitewash its crimes against humanity.”

CAIR this week condemned remarks by Chamath Palihapitiya, a minority owner of the NBA’s Golden State Warriors, saying “nobody cares what’s happening to the Uyghurs.”