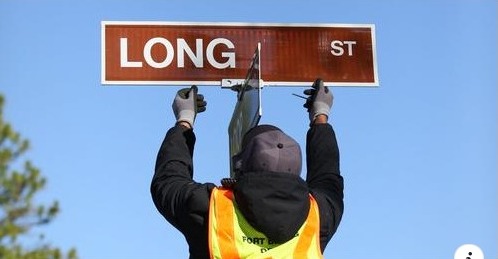 (WASHINGTON D.C., 1/19/2022) – The Council on American-Islamic Relations (CAIR), the nation’s largest Muslim civil rights and advocacy organization, today welcomed a decision by officials at North Carolina’s Fort Bragg to change the name of street due to its association with a Confederate general.

Longstreet Road, a main road on Fort Bragg on which one of the installation’s main access points is located, will have its name changed to Long Street, Fort Bragg officials said. A news release said the current name of the street has been incorrectly associated with Confederate Lt. Gen. James Longstreet. Sign changes started last week and are expected to be completed by the end of the month.

“We welcome the decision to change the name of this street so that it no longer appears to honor a traitor to our nation and urge government institutions nationwide to ensure that they are free from any names or symbols associated with the Confederacy’s racism and white supremacy,” said CAIR National Communications Director Ibrahim Hooper.