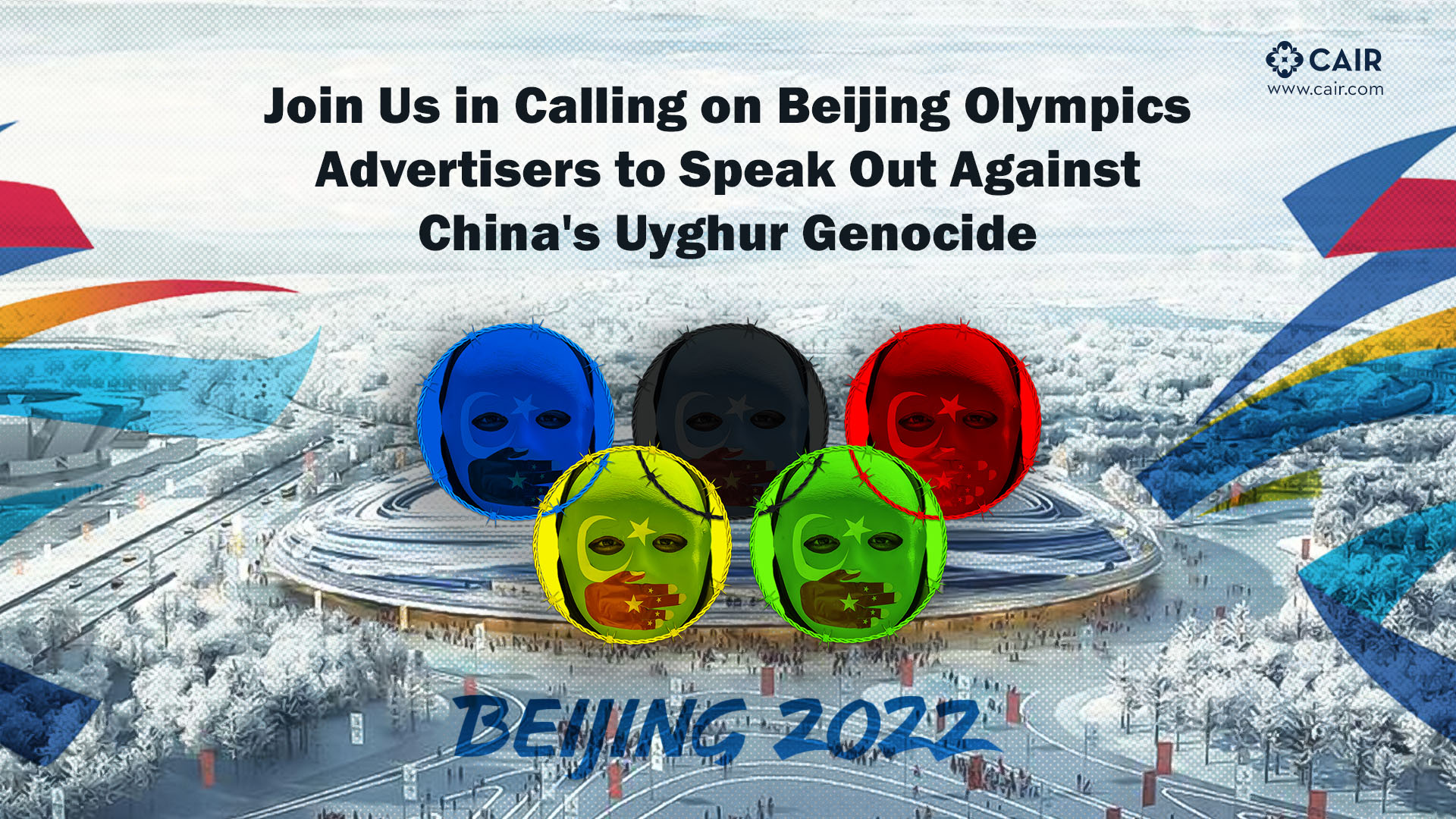 [NOTE: The Olympics are set to begin on Feb. 4. CAIR welcomed a U.S. diplomatic boycott of the games over human rights concerns.]

CAIR is urging members of the public to contact Coca-Cola, Intel, Airbnb, Procter & Gamble, and Visa to express their outrage about the corporations’ apparent lack of concern about China’s genocidal actions. Those same advertisers were grilled last July by the Congressional Executive Committee on China about their role in the Beijing Olympics.

“The ‘adwashing’ of China’s genocide violates the Olympic Charter, the United Nations’ Guiding Principles on Business and Human Rights and the past public commitments to social responsibility made by these same corporations,” said CAIR National Deputy Director Edward Ahmed Mitchell.

Mitchell noted that the Olympic Charter states in part that sport should preserve “human dignity” and adds that, “The enjoyment of the rights and freedoms set forth in this Olympic Charter shall be secured without discrimination of any kind.”

He said CAIR last week supported a call by U.S. lawmakers for the U.N. to release a report on Xinjiang Province, where the Chinese government is conducting a genocide against Uyghur Muslims and other Turkic minorities.

CAIR also called on foreign athletes participating in the Beijing Olympics to defy China’s announced ban on political expression and speak out against that nation’s genocide targeting the Uyghur Muslim minority.

Washington, D.C., based CAIR condemned remarks by Chamath Palihapitiya, a minority owner of the NBA’s Golden State Warriors, saying “nobody cares what’s happening to the Uyghurs.”